BOOK OF THE DAY

UNTO THE THIRD GENERATION

By Rosemary and Larry Mild 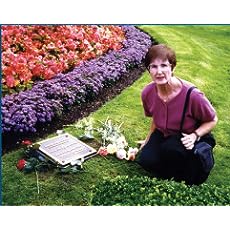 UNTO THE THIRD GENERATION

Unto the Third Generation, a Novella of the Future, by Rosemary and Larry Mild (Magic Island Literary Works) is a Silver Falchion nominee in the Best Fantasy/Sci-Fi category. It prompts the reader to wonder, “What if…”

The story begins in the prime number year 2039. A group of scientists and other dignitaries are celebrating the end of world hunger thanks to the development of Synthomanna, a synthetic food that has just been approved for worldwide distribution.

But another problem arises that year: the outbreak of Infirenza, a deadly flu-like disease so-named because it first appeared in Florence (Firenze), Italy. There’s no known cure or vaccine, and the medical community is not even sure how it is spread.

There are many P.O.V. characters, sometimes within the same scene. Two of the main protagonists are Fanny Mapleton, a waitress from St. Louis, and Leo Tall-Chief, a high-rise construction worker from Columbus, Ohio. Both contract Infirenza and are on the brink of death when they are accepted into an experimental cryogenic program. They meet briefly during recruitment, find each other attractive, and then end up hibernating side-by-side for 24 years.

A lot changes in the world while Fanny and Leo sleep, but the reader sees little of it. Funding priorities for cryogenic research have shifted, and the subjects are all but forgotten. A rogue doctor and nurse team decides to resuscitate them. But when the cryonauts awaken, they are asked to take on a new role that might help save mankind.

As well as this foray into science fiction, Rosemary and Larry Mild co-author cozy mysteries, adventure/thrillers, short stories, articles, and essays. They belong to Mystery Writers of America, Sisters in Crime, and Hawaii Fiction Writers.

Sharon Marchisello (sharonmarchisello.com) is the author of Going Home, (Sunbury Press, 2014) a murder mystery inspired by her mother’s battle with Alzheimer’s. She earned a Masters in Professional Writing from the University of Southern California and is a member of the Atlanta Chapter of Sisters in Crime. She lives in Peachtree City, GA, with her husband and cat, does volunteer work for the Fayette Humane Society, and writes a blog about personal finance, Countdown to Financial Fitness https://sharonmarchisello.blogspot.com/.