An Interview with David Baldacci

In this Killer Nashville interview, award-winning author David Baldacci gives us a behind-the-scenes look at how he makes his characters and locations come to life and highlights the differences in writing a stand-alone novel versus a series. 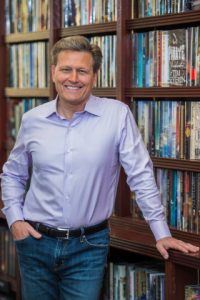 How is the plotting different for a stand-alone novel and the first novel in a series?

With a stand-alone you know you have one shot to get it all out there. With a series, you can hold things back and wait until the time is right in another book. You can build character arcs more methodically. I like to drop little nuggets or Easter eggs in series books that I know will not be resolved in that novel, much as I did in Long Road to Mercy.

Did you plan to write a series or did Atlee Pine develop into someone who needed to tell more about herself after you began writing?

I planned all along to bring Pine back, and thus built her character correspondingly in the novel.

I love the growth of Carol Blum. Much like anyone we know casually, she seemed ordinary until the reader gets to know her. How and why did she become such an important character?

I was unsure of what Carol’s full role would be when I started, whether a help or hindrance, loyal sidekick or bureaucratic foil to Pine.  But I quickly decided she would be a full-bore character, loyal but independent. Quirky but resourceful. I really liked the idea of an older and younger woman partnering together and supporting the other. You almost never see that, at least in thrillers.

Is it more difficult to create a woman protagonist that is tough, yet shows us glimpses of her feminine side than a male? In general is it easy to get into the character’s head if they are male?

Both genders have sets of challenges. With men, the temptation is to write them as strong but vulnerable and in times of action, indomitable. And that can get sort of formulaic so you have to watch that. But there are so many male characters portrayed that way it doesn’t seem to matter to readers or moviegoers, which I’m not sure is a good thing. I’m obviously not a woman, so writing from another gender’s perspective is challenging. Writing a woman as strong but feminine sounds like a safe compromise, but it can also throw you into cliché land. What I tried my best to do was be true to Pine’s character and not really dwell on the labels readers might throw on her. She is strong and capable and at times bossy or overbearing, but so can we all be, men and women, depending on the situation.  She can be aloof, suspicious of people’s intentions. But then again, so can all of us. I guess I just tried to make her human, with all the advantages and disadvantages that come with that.

The setting of the Grand Canyon intrigued me. The facts about the location as well as the descriptions pull the readers into the scene. How did you choose the setting? Did you travel into the Canyon? Speak with locals?

I traveled to the Grand Canyon last year and found it fascinating. I talked to locals and guides and people who had done the mule rides, raft rides, and hikes. It just really spoke to me as an ideal location for both the sort of story I wanted to tell and also as a geographic location that a character like Pine would be comfortable existing in.