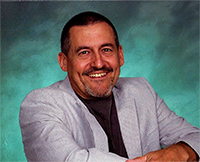 Please be advised that I will be announcing that I have signed a three-book deal with Fiery Seas Publishing with an option of first refusal on a fourth book.  Fiery Seas should receive the signed contract in the US Mail tomorrow.

This is the direct result of my attending Killer Nashville in 2016.  At last year’s roundtable event, I read the first two pages of the third book of a series.  Fiery Seas requested the full manuscript.  When I submitted it and advised it was the third book in a series, they requested the other two.  I almost fell down when they offered a contract.  The first book has literally been rejected ninety-nine times.

There is more to the story.  Also at last year’s KN, I was able to corral a literary agent into allowing me to pitch my twenty-five words of the same book.  She advised me to submit fifty pages.  However, she gave me some invaluable advice on a major change I should make in the foundation of all three books.
Following this advice, it took me until January to query the agent and Fiery Seas. The agent ended up rejecting the work, but it was what is called a good rejection.  She advised she had seriously considered the book prior to passing on it.  And then I received Fiery Seas contract.

Without Killer Nashville, I might be writing another twenty years without getting published.