He began his career at the University of Toronto Press and soon became an acquisitions editor in social sciences and cultural studies. Bucci joined HarperCollins Canada in 2003 as a non-fiction editor. Moving to M&S in 2004, Bucci helped revitalize the McClelland & Stewart non-fiction program, establishing relationships with international authors, agents and publishers. 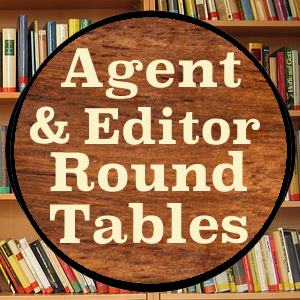 hville prides itself on the connections made at our annual conference, and we structure the event so authors can easily make connections with agents from leading literary agencies. We’ve near-endless opportunities for you to get one-on-one time with agents and editors, including Network Lunches with Guests of Honor A.J. Tata and Chris Grabenstein, the Guest of Honor Dinner and Awards Banquet our daily agent/editor roundtable sessions, and much, much more!